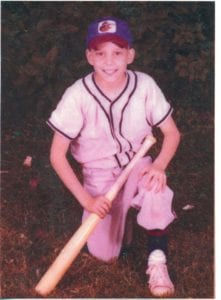 10 year-old Alan Brin received bone marrow from his sister as a last hope to cure his leukemia, which he had courageously battled for more than a year. On Father's Day in 1978, Alan succumbed to the disease.

The Brin family and friends merged their activities with the Davidson chapter in 1978, forming the Donald Davidson-Alan Brin Memorial Chapter. Annual events include "Ski for Research", a men's-only ski trip in late January or early February; the elegant Raffle Dinner held in early May; and the "Skis to Tees" golf outing in early June. Since formation in 1963, the chapter has raised a remarkable $8 million.